My Electric Fireplace Smells like Burnt Plastic, What to Do?

Electric fireplaces have become more common in recent years, providing many more benefits than traditional fireplaces. It becomes invaluable during the winter months as it will help keep you warm and away from the freezing weather outside. However, when the winter is over, the fireplace becomes neglected, and you may not need to turn it on until winter comes around again.

When you finally turn on your electric fireplace, you may find some disturbing smells coming from it. The smell of plastic may be typical, which usually indicates that something is wrong with the electric fireplace. It is, however, not a cause for alarm, as knowing the cause of the smell can help you combat it easily.

When the dust accumulates due to lack of use, it is not only unpleasant for you to be around but it may also cause damage to your electric fireplace. The dust will act as an insulator, which is not the type of service that you want from your fireplace. 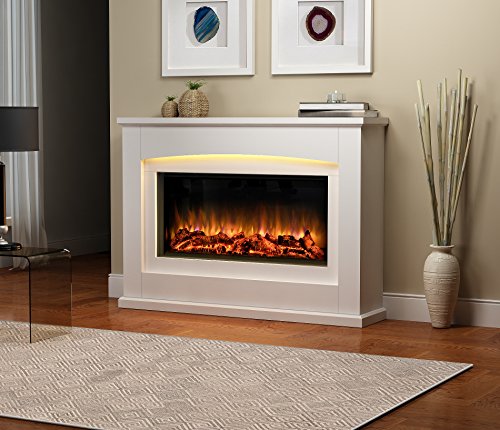 The dust may also lead to an unpleasant smell that lingers inside the home, which you do not want either.

What Different Smells From Your Electric Fireplace Mean?

Different smells could emanate from your electric fireplace. However, they are usually distinct to specific issues, making it easy to identify the problem and devise a solution.

Burning smells are generally undesirable since they indicate that something is wrong with the fireplace. For instance, if you smell something burning, it’s likely that there are problems with the electric fireplace wiring. It may also be an indication that the starter or fireplace itself has malfunctioned. 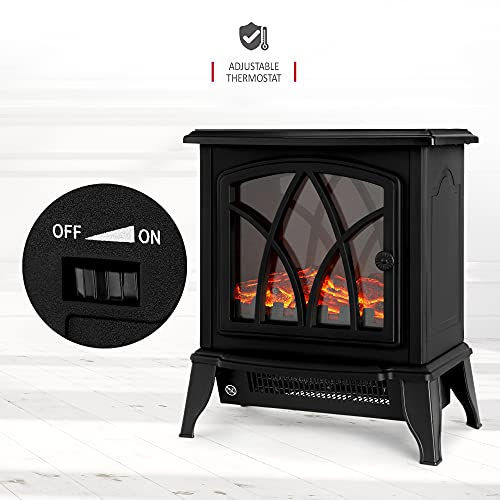 Some of the most common smells that you can observe from your fireplace include:

Burnt plastic is a familiar smell that can originate from your electric fireplace, mainly when the fireplace hasn’t been used in quite a while. This smell is usually an indicator that some foreign plastic object is stuck in the furnace and is burning.

It’s a good idea to unplug any electrical equipment that you’re not actively using, since children occasionally put toys in places where they shouldn’t be. It’s also a good idea to take care of smaller issues before they become worse. The fireplace should be cleaned regularly, at least once every couple of months, usually when you notice that it hasn’t been used in a while. 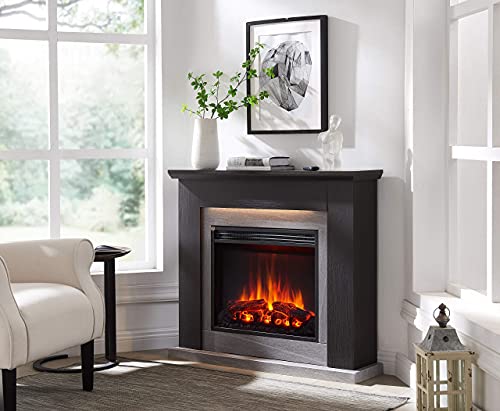 If you can’t seem to solve the problem on your own, get help from an expert but only after you’ve made sure the electric fireplace is safe for use.

So if you can smell either oil or smoke, it is usually an indication that something is wrong with the filter, especially when the smell is persistent.

Turn off the fireplace and change the filter, and this should put an end to the smell.

If the smell persists after changing the filter, you should contact an expert.

Dust seems to get around easily, and no matter how many windows are shut or how thoroughly an object is covered, dust will inevitably seep in. If you notice that your electric fireplace has started to have a burning smell, then it is quite likely there is a lot of dust inside. 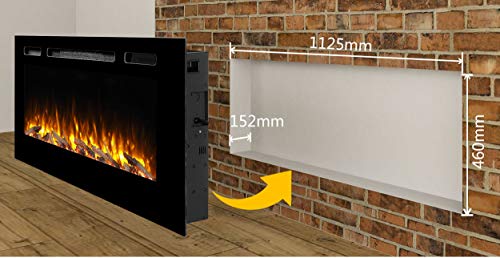 Dust will accumulate in electric fireplaces whenever it is not in use, which is why regular cleaning is an excellent defense against any unpleasant smells.

If you notice that the smell has already started, fret not; dusting off your fireplace will usually take care of the issue

A vinegar rinse is an effective way to combat dust, and it also has a number of other purposes, such as cleaning out the firebox and making it shine.

If there is something in particular that you need to be wary of, it’s the sounds that your electrical fireplace emits.

There is often no real danger and the smell of the dust will fade away once the fireplace has been in use for a few hours.

If it doesn’t fade away, however, then that may be an indication of something else and may require you to contact someone with expertise.

Electric fires don’t burn or even utilize fuel; instead, they draw power from the outlet. This creates less mess and odors because the only thing that’s being burnt is air from a compressor 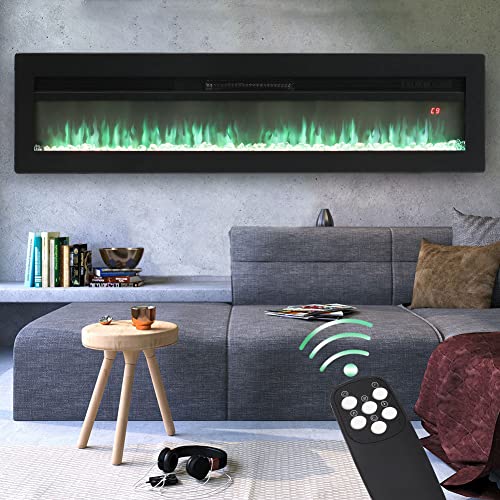 However, a less desirable smell can emanate from the air that’s expelled after it has passed through the firebox. It is also possible for this smell to originate from the grate of your fireplace, which may have particles of dust sitting on it.

The swamp smell is likely to dissipate after a few hours, so you can just leave the fire on and wait for the smell to fade

However, if it doesn’t fade away after a few hours, you can try vinegar rinsing the fireplace again and watching how it works.

The smell of mildew is common in areas with high humidity. If you live in an area where your electric fireplace is constantly exposed to moisture, then you’re likely to have problems with this smell

Mildew tends to cling, and it’s common for those who live in humid climates to find that their electric fireplace smells of mildew after some time. 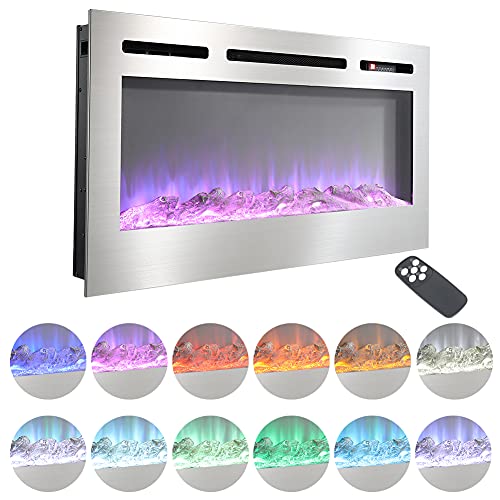 We recommend that you get your fireplace inspected by an expert to get rid of the smell and make sure that you do not use bleach to rinse, as this will leave a hazardous chemical residue on the fireplace.

If the smell remains after this is done or if you notice that there are black or brown spots of mildew, then you should contact an expert to have the fireplace replaced.

The smoke smell is a common complaint with electric fireplaces, and it’s quite normal to smell smoke once in a while.

There is usually no danger with this, but if the smell persists then you may have something blocking your fireplace or you may have a faulty part. 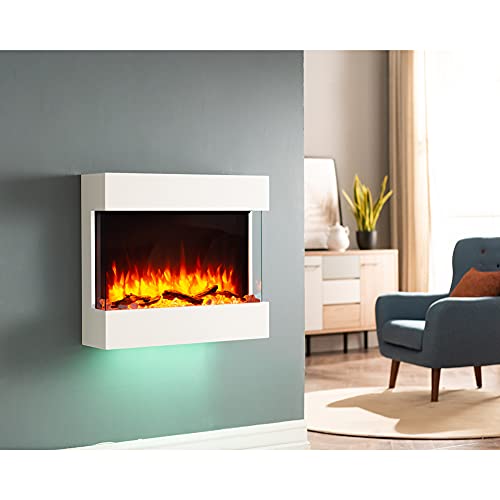 The fireplace should be turned off and inspected, and you should also check the filter.

After making sure that there is no blockage, restart the electric fireplace and wait for a few hours to see if the smell diminishes.

Electrical burning seems familiar to all electrical appliances, and you can experience one without any prior warning. The smell is usually a result of something burning in the circuitry of the electric fireplace.

This mainly results from over-heating, and while the fireplace is built with a safety feature that can shut it off when overheating occurs, this feature can malfunction. 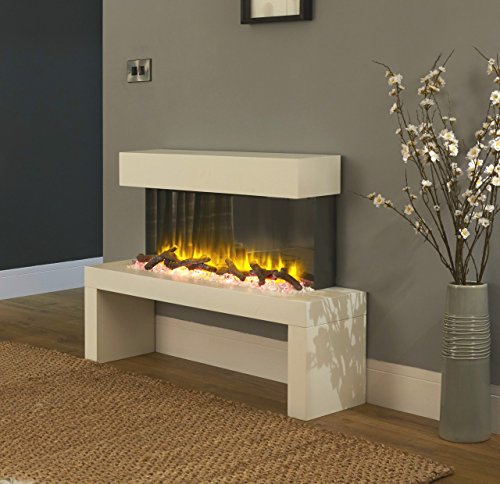 When this happens, the fireplace is likely to burn its internal parts and cause a burning smell

In case of an electrical burning smell, you should immediately turn off your electric fireplace and inspect it for signs of overheating.

If you find that there are no visible signs of overheating – a melted part or a wire that has been exposed to the air – then you should turn it on and let it cool down before turning it off again.

After allowing it to cool, turn the fireplace on again and observe if the smell remains.

Gunpowder smells are very unusual and it is usually indicative of something seriously wrong with your electric fireplace. 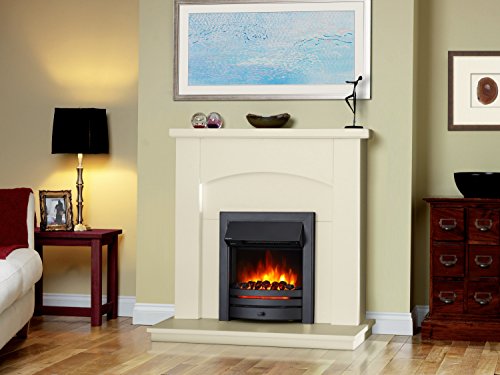 This smell is usually a result of a fried circuit on the fan motor of your electric fireplace. This is most likely the result of over-heating.

When this happens, it is possible for sparks to fly and cause a fire that will leave your fireplace inoperable

This usually results when there’s something obstructing the airflow of your electric fireplace or if you live in a place with very high humidity. If you have been obstructing your fireplace from airflow, open it up and remove the obstruction.

You should turn off the electric fireplace when you perceive something like this to ensure that it doesn’t permanently damage your electric fireplace. With the fireplace turned off, you can call a technician to identify and fix the problem before it results in something too expensive to fix.

As with many other things in electrical appliances, early detection is essential and significantly improves your success chances.

Cleaning it on a daily basis will allow you to spot something out of the ordinary early enough before it becomes serious and costlier to fix.

And once again, if this doesn’t work for you, contact an expert. 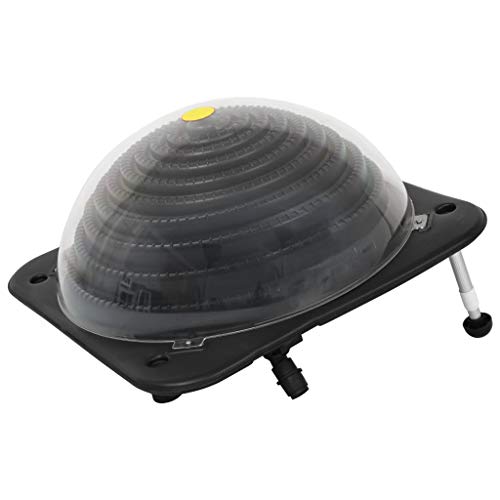