Can A Lightbulb Start A Fire?

Throughout history, humans have made several groundbreaking inventions and in that company is the lightbulb – this device that converts electricity into light. Residential homes and commercial properties rely on the presence of a lightbulb, as it offers an aesthetic value and serves a security purpose.

A lot of homeowners are curious about whether or not a light bulb can start a fire. There are many reasons why this question may come up, including safety concerns over old wiring, or if you’ve seen the news and heard about some recent events.

Light bulbs themselves don’t pose any kind of safety issue; it’s when they get too hot that they could potentially start a fire. The way to prevent this is by making sure your home has working smoke detectors installed in every room – just like you should have them for all other kinds of fires.

Also, if your house has any faulty wiring or loose wires hanging from power sources, then this could also create a problem that may result in fires.

How Do Lightbulbs Work?

Lightbulbs have not always existed in the sophisticated form they exist today. How lightbulb’s produce power for use has changed over the years.

In the early days, wires were charged with electrical current to illuminate white-hot, resulting in light. This is because the atoms in the metal wire release some light photons when their electrons are excited by electrical current.

Joseph Swan and Thomas Edison came up with the unique idea of encasing the reaction in a glass bulb after observing that the metal oxidized and disintegrated when exposed to the oxygen in the air.

Today, lightbulbs work by passing an electrical current through a gas-filled glass bulb. The gas is ionized, which causes the filament (usually tungsten) to heat up and emit light.

The gas also helps to protect the filament from oxidization.

A lightbulb is usually composed of the following parts:

The outer globe: This is usually the visible glass compartment. It serves as a stable and reliable support for the other components of the bulb while ensuring maximum light efficiency.

The filament: Usually made of tungsten, a natural solid metal. The filament is held in place by a glass-like stem and wires that conduct electricity to and from the light bulb.

Lightbulb Base: And finally, the base of the light bulb, which functions to support the lightbulb as it is fixed into an external outlet, transfers electricity and provides support for the glass globe.

Can a lightbulb start a fire?

Before knowing if the lightbulb poses any risk, it is first necessary to note the different lightbulbs types that are available.

1.   Incandescent bulbs: These are the typical bulbs. It contains a metal tungsten filament that glows when the current passes through it. This filament is usually surrounded by nitrogen gas. The incandescent lightbulbs were the first to be invented.

3.   LED bulbs: These are very energy efficient. LED (light-emitting diode) is a semiconductor device in which the electricity that flows through it is converted to light by the release of photons that combine to emit light from the diode. A LED bulb consists of multiple diodes that produce the required amount of light.

4.   Halogen lamps: These are very similar to incandescent bulbs in which the tungsten filament is wrapped with a compact transparent envelope. It is filled with bromine and is smaller in size than incandescent bulbs.

Among the four common variants of lightbulbs, the incandescent, which Thomas Edison and Joseph Swan are credited for, and halogen light bulbs are usually responsible for causing fires, unlike the LED and Fluorescent.

75% of the energy generated by the incandescent bulbs goes to emitting heat. A resultant fire can occur when this heat has limited space to dissipate. It can also ignite flammable items that are close by.

The filament of the bulb also emits a large amount of heat and can easily ignite flammable items that are close to it.

Halogen bulbs were initially thought to be safer than other forms of light bulbs since it lacks gases other than argon, which is non-flammable. However, the currents in halogen bulbs often do not function as intended so they emit nitrogen oxides and incomplete combustion products such as formaldehyde and hydrogen chloride, which are known to be flammable. This slow combustion can cause a build-up of flammable residue and eventually lead to a fire.

Halogen bulbs are also said to be twice as hot as incandescent bulbs, and because of it ability to overheat. As it can lead to fire outbreaks, when in contact with flammable surfaces.

How Do Lightbulbs Start A Fire?

It is important that homeowners pay attention to the recommended wattage when choosing lightbulbs for their homes.

If higher wattage lightbulbs than recommended are used; the internal wires can get overwhelmed by the electric current passing through them and eventually burn up.

If a bulb is broken, the shards of glass can easily ignite carpet or drapes.

In cases like these, it is important to be aware of the risks associated with different types of lightbulbs.

Should Halogen Bulbs be Disposed Of?

Halogen bulbs are the most commonly used light bulbs in the modern world.

Halogen bulbs are often disposed of with the general waste. However, they contain mercury which is a hazardous material. You should dispose of it responsibly by taking it to your local recycling center or hazardous waste facility.

The only halogen bulb that cannot be recycled is one that has been broken because it could contain mercury which is toxic to humans and animals when released into the environment.

There are many advantages to using halogen bulbs, but like every other thing, there are disadvantages too.

How to Prevent Fluorescent Bulb Fires?

These lightbulbs are designed to perform for a period – their life expectancy is usually six months.

When still in use even after the designer’s time, cathode evaporation (burnout) can occur. It shows itself as browning on the ends of the lamps and the light emitted begins to diminish.

If the lightbulb is still not changed, it will destroy the ballast by overheating it. Overheating the ballast will result in an explosion of the ballast and a possible fire breakout.

Statistically, most home fires are caused by electrical problems. Many seemingly “harmless” habits formed around operating electrical devices such as the lightbulb have played a significant part in the alarming rate of electrical fires.

Learning how to be safe with electrical appliances is one of the most important factors in reducing these cases.

Can LED Lights Cause Fire Outbreak?

Ideally, LED lightbulbs are safe and safer than incandescent and halogen bulbs with a much lower heat intensity.

The low heat production of LED lightbulbs makes the probability of contact fires from overheating extremely low. Although, overloading of LED fixtures by ignoring recommended wattages can result in fires.

Wiring problems can also contribute to LED lights causing fires. It can also be considered a fire risk if you leave LED bulbs and other types of lightbulbs on for an extended period of time when not in use

Just like any other electrical device, fires can be caused by LED lights if they are not used or handled safely.

As with any other type of lightbulb, it is important to be aware of the dangers of fire when using LED lights.

It is important that these precautions be taken into consideration in order to reduce the risk of fire outbreaks.

Connecting fixtures with the wrong wattage, overloading of fixtures, overloaded electrical circuits, installation of faulty wiring or not replacing lightbulbs before they burn out can all contribute to fires.

Overheating is also a primary source of electrical fires. It occurs when a wire or electrical device gets way too hot from overlamping.

Overlamping results from a light bulb with a greater wattage than recommended for a fixture is used.

If you are using a 100W light bulb in a fixture meant for 60W bulbs, it is considered to be overlamping.

Overlamping can cause the wire to heat up significantly faster than normal. It also results in excess electricity running through the system which might result in fire outbreaks since safety devices are designed only to work under specific conditions.

The use of the wrong type of lightbulb can also be a fire hazard.

How to Prevent Electrical Fire Outbreak At Home?

When you think of home safety, there are many things that come to mind. From keeping your family safe from fires and other natural disasters to make sure your space is secure. But one thing you might not be thinking about is the risk of an electrical fire outbreak at home.

There are some easy steps homeowners can take to reduce their risk factors for an electrical fire incident:

It is important to be aware of the dangers of electrical fires and to take precautions to prevent them.

What are the signs of a faulty light bulb?

The lightbulb will begin to flicker on and off (usually a sign of lousy switch contacts). It makes noise when turned on (frayed wiring). The bulb burns out quickly (inappropriate wattage for fixture)

What is the best wattage for a lightbulb?

If you are unsure of what wattage a fixture requires, consult a chart provided by the manufacturer

LED bulbs should use between 10 and 14 watts/per bulb – double or triple that amount if they are being used in series.

What is a circuit breaker, and do I need one?

They are necessary in most cases when modifying an existing electrical wiring system.

Circuit breakers are thermo-sensitive and detect changes in heat flow, and are designed to trip off when there is too much heat. This excessive heat is usually a result of excessive current flow.

Without a circuit breaker, there is a running risk of overheated wiring, which can, in turn, cause a fire.

Why is my light bulb emitting smoke?

Smoke can come out of a lightbulb due to a number of different reasons, they include:

Faulty or poorly made lightbulbs can also cause smoking in lightbulbs. ­When experiencing this, regardless of the cause, it is crucial to switch off the power supply. Allow the lightbulb to cool down properly and call for an electrician.

So, Can A Lightbulb Start A Fire?

The answer is technically yes – if a lightbulb gets too hot, it could potentially start a fire. However, this is very rare and is mostly due to faulty wiring or loose wires.

The best way to prevent an electrical fire is to be aware of the dangers and take the necessary precautions. Install smoke detectors, follow the wattage recommendations, and replace old appliances. And if there is any doubt, call an electrician. 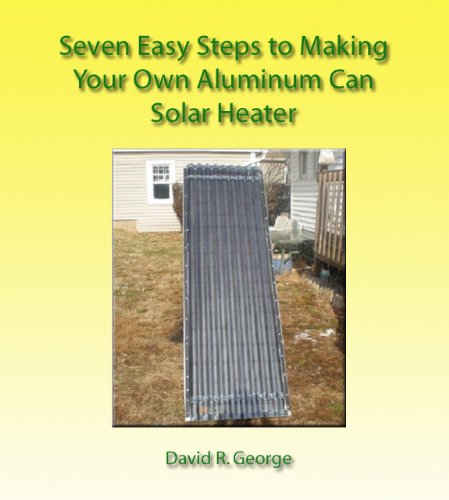 Seven Easy Steps to Building Your Own DIY Aluminum...
See Price
Bestseller No. 2 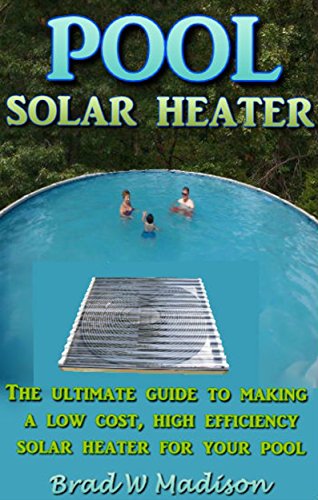